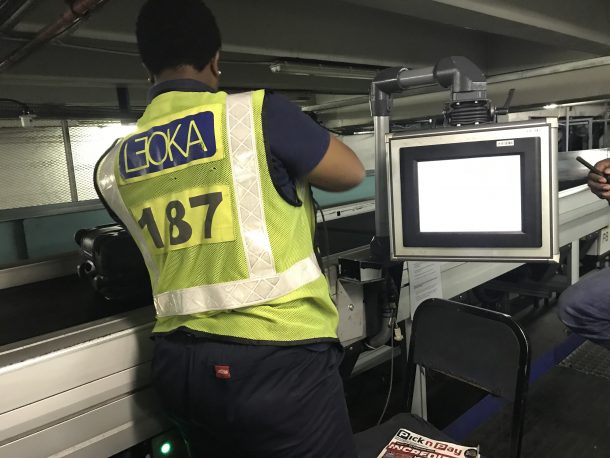 In the 2019 and 2020 financial year, OR Tambo International Airport in Johannesburg welcomed 11 million domestic travellers and 9 million international travellers, according to the airport’s official statistics. With the advent of Covid, these figures were decimated: down to 3 million for the former and 600,000 for the latter. Inevitably, the airport’s suppliers were severely affected.

“Prior to Covid, we moved about a million pieces of luggage through OR Tambo every month,” says Ratau Moja, the Operations Manager for Aviation at Leoka, the company tasked with handling luggage at OR Tambo. “By April 2020, when South Africa was in the throes of its first severe lockdown, that number had dropped to barely 10,000 pieces of luggage a month. The airport was like a ghost town.”

Leoka Engineering has been responsible for OR Tambo’s baggage handling since August 2018. It was then, as a young project management and engineering business (Leoka started operating in 2016), that it took over the contract from the large multinational companies that had run it before. The transition from the previous operators to Leoka was smooth and, in the years since, luggage handling at the airport has steadily improved.

“We knew that we had big shoes to fill, and that it was important that we form close relationships with our various stakeholders, the airlines in particular, in order to secure their trust,” Moja explains. “Our senior management’s extensive experience counted in our favour, but it was the fact that we understood our mandate – to get bags to their destinations whatever it takes – that helped us to win our stakeholders’ confidence.”

Leoka prides itself on its time management skills, which are obviously critical to the aviation industry, as well as its ability to put urgent and effective contingencies in place. If an issue occurs, the team knows that everything still has to proceed seamlessly. Transparency and integrity are other key criteria for Leoka’s success.

“We believe in being open and honest about any challenges that arise, and in putting our heads together with all stakeholders to ensure that the situation is resolved quickly,” he says. “This approach has helped us to navigate many peak holiday seasons, some of which were record-breaking in terms of the airport’s baggage handling requirements.”

Leoka has helped to address baggage theft at the airport, too. The team understands that they are ambassadors for the Johannesburg and South Africa: if a new arrival’s luggage goes missing, it’s likely to negatively affect their experience of both. By taking this responsibility on board, Leoka has helped to reduce theft and improve the airport’s reputation.

Covid, however, was a serious knock. Leoka went from having 90 employees on the ground handling a million pieces of luggage a month, to just 12 employees handling 10,000 bags, primarily for repatriation flights. The fact that the company did not fold, but managed to sustain this enormous blow, was testament to all the measures that it had put in place since first winning the contract three years ago.

Today, as travel slowly starts to resume, Leoka is building up its team once again. “We’re pleased that we’ve had to rehire as demand has improved,” says Moja. “We have 51 people on the ground now and are averaging about 180,000 bags a month since the beginning of the year. It’s nowhere near where it was, but it’s the start of this critical recovery.” Leoka is also looking to other airports locally and regionally where its expertise might be required. “OR Tambo is the gateway not only to South Africa, but also to Africa,” Moja adds, “and with the wealth of experience we have gained here, we know that we have valuable insight and support to offer elsewhere.” 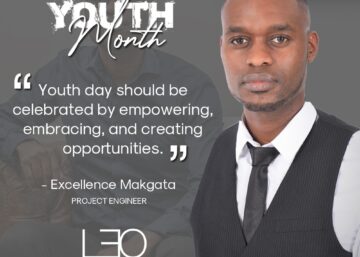 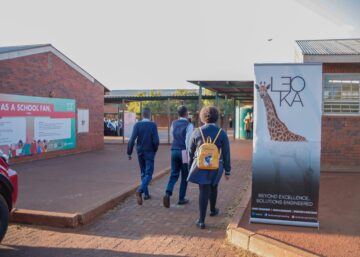 A well-known African proverb states, “It takes a village to raise a child.” which is why,...

Translating his skillset into an asset of value, Katlego Makgata talks LEOKA, staying in your...